Indian meal without some pickle on the plate is just a juice with sugar only without any flavor or taste. Weather it’s a simple paratha or some dal chawal, Aam ka achaar is a staple with most of north Indian meals.

Aam Ka Achaar(or mango pickle) is one of the most popular ones in Indian kitchens. An Indian kitchen, besides the range of spices, can be identified with a huge jar of mango pickle on the shelves. Apart from the mouth-watering flavour, pickles are also known to have good digestive properties. According to research pickles are reliable source of vitamins, minerals and antioxidants too. And when we speak of aam ka achaar, nothing beats the classic homemade one. The traditional achaar recipes that have been handed over from our grandmothers to our mothers prove to be the best even today; and, of course, better than the ones we get in the market.

And if you thought making aam ka achar can be tedious, we’ve got a fuss-free recipe for you to try it at home! In this quick and easy recipe, spices and herbs (fenugreek seeds, red pepper, onion seeds, peppercorns, turmeric and salt) are mixed together with mustard oil in a jar. The mix is rubbed over chopped mangoes and layered one after another in the jar. It is covered and kept in the sun for over a week up to a month, till it is tender.

Serve this with piping hot aloo ke parathas or spruce up your regular dal with this tantalising achaar at home! 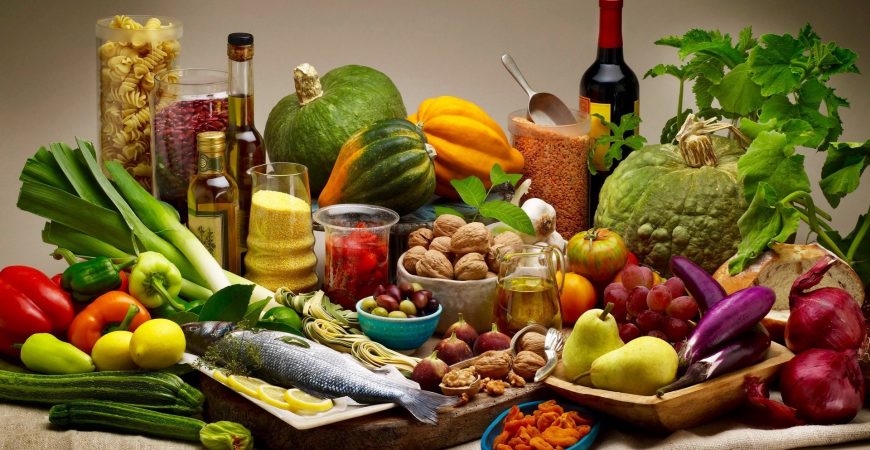 Depression is now a major lifestyle-related diseases of modern times and impacting every people anyhow, but do you know that it can be cured easily and the way to its curability is towards your Kitchen, because there are many Indian spices which have great medicinal properties.

Yes !!! Your kitchen is really an awesome place where you can find the things which can help you in living an healthy lifestyle.

Here we are just listing few of the amazing foods that helps in reduction of Depression, please read below:

Every Dry fruit is having a fair impact on your lifestyle but walnuts have the edge when it comes to curing the symptoms of depression because it is the rich source of Omega-3 fatty acid. These Omega-3 in walnuts helps to maintain overall brain health.

If someone is feeling depressed then this wonderful spice #Turmeric is an excellent way to boost your mood, among other benefits. Turmeric is also considered as one of the spices that helps in anti-inflammatory activity. This Indian spice is being used in frequently every Indian Dish and has the active compounds turmerones and curcuminoids, which have been considered effective in various health benefits.

Green tea is an excellent source of antioxidants, but its depression countering qualities can be traced to an amino acid called theanine. Theanine is an amino acid naturally present in tea leaves that give an anti-stress relaxation benefit to those who consume tea.

So just enter to your kitchen and move on with a healthy stress free lifestyle.

We will be considering various health benefits of best Indian spices in our upcoming posts. Always use quality and best spices for better health. 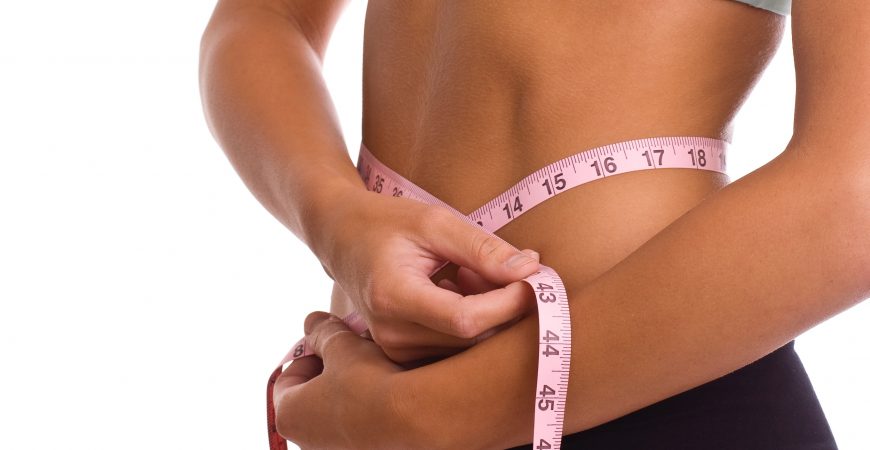 Weight Loss!!! A big task for everybody these days, you must have burned a handsome amount on various weight loss equipment and many goes to regular gym for the weight loss but gave up very soon with these typical tasks. Because if you really want weight loss it requires a lot of patience and self-control.

Also many of us use different kind of medicines to reduce our weight, that may somewhere be dangerous to our body, but do you know? That our kitchen is a health store where we can find out the spices that helps in our weight reduction plan. Yes it is true!!!

In this article we will be covering the Indian spices that helps in body weight reduction without any side effect on your body organ. Let’s know more about these Sahibaa Spices which can help you in weight management!

Cumin seeds actually acts as a catalyst for the digestive enzymes which helps in improved digestion. Such a fast rate of digestion and metabolism burns extra calories present in the body which further reduced your weight. If it consumed regularly, one can reduce belly fat which is the most difficult to lose, as well.

The consumption of black pepper increases body temperature and metabolism. Black pepper is a strong spice with hot and biting taste. To reduce your weight using black pepper powder, drink a cup of black pepper tea every day or sprinkle a bit over the salads you prepare.

Piperine, a chemical compound present in the black pepper restricts the fat cells from forming. So use black pepper on daily basis for your weight reduction.

Mustard a most popular and known Indian spice is also a beneficiary Indian spice that helps in reducing your weight ad Mustard increases metabolism just after three hours of consumption. Mustard contains the high amount of fat that suffices the average intake of protein and carbohydrates and the high-fat content makes your stomach feel full for a long time. Mustard also contains ample amount of dietary fibre which helps in the digestion process.

Turmeric powder is the spine of every Indian kitchen as this spice is used in most of the dishes to give a flavorful color to your food. Turmeric being an antiseptic and anti-inflammatory is used to cure various skin related problems and even to increase the charm of your skin.

So Never go to so tough to your body by adapting the harmful tablets or powders for reducing your weight, just go in your kitchen and find these incredible easily found Indian spices and start your weight loosing plan from today only. 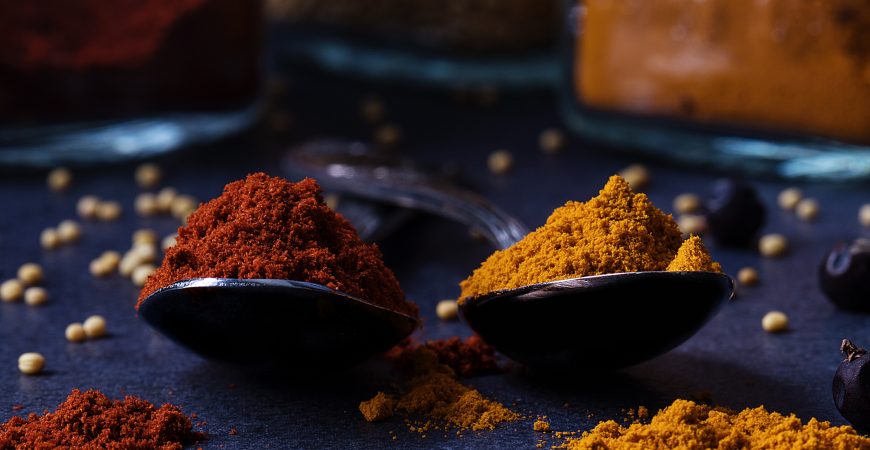 Indian food has been using the limitless assemblage of spices- both grounded and whole, to make edibles more palatable. India is known for many extraordinary things, and the Indian spices are also well-known to the world, for their aroma, flavour, and richness. Well, not only spices aid in making the food tasty but have innumerable health benefits.

Some of the benefits of spices are as follows:

It’s recommended for you to be cautious while purchasing spices. Along with the pure spice, you can also find adulteration in spice nowadays. For instance, red dyes in chili powder, lead chromate in turmeric, papaya seeds or sawdust in black pepper, etc are used to regress the quality of the spices, for economic gains. Consumption of such spices can lead to cancer, ulcers, diarrhoea, neurotoxicity, liver and skin disorders, etc.

It is advised for you to check whether the manufacturer of spice has the following aspects:

The best spice brand will include:

In India, the best quality, hygienic spices can be purchased from various popular Brands like:
Sahibaa Spices
MDH
Everest and more.

These branded spices have a variety of blended or whole spices, which adds richness, aroma, and flavour to your dishes. This properly manufactured spices will have no filler or artificial colours, that might make you diseased. Such pure spices enhance the taste and flavour of the food, unlike the adulterated ones, which only adds brightness. Hence, it’s advised for you to always check the details of the spices while purchasing them. Also, avoid purchasing lose spices without any details about it.

All About Indian Spices

It is said ‘Variety is the spice of life’, and we know that spices add variety to any food that we eat. It’s the spices that add versatility and taste to our food. Any food without spices would taste bland and flavourless. The odour and impression of spices are responsible for any food to taste and smell delicious. But, do you know all about our own Indian spices?

well, talking about spices, seasoning and piquancy of Indian spices top the list and leave behind every other spice hailing from any corner of the world. Indian spices are so much zesty that any food cooked with its addition smells irresistible. Along with it, there are several benefits of spices. Though there is an innumerous number of Indian spices, here we will discuss the most talked about and popular spices that every Indian household and restaurant cannot do without. I am sure you will be awestruck to know such facts on Indian spices.

Cayenne Pepper popularly known as lal mirch is a very important ingredient for the preparation of Indian chicken and mutton dishes. Preparations like Kadai Chicken, Mutton Korma, Mutton Curry, Chicken Kasha has to have Lal Mirch in it to taste and look delectable and savoury. It is a red powder formed from red chillies and adds heat because of its taste and is said to have high content of pro-vitamin A.

Cinnamon is also known as Dalchni. It has a perfect combination when cooked with chicken or rather red meat as it has a very hot smell. It is derived from laurel trees. Dalchini flavour also has a good fusion with sweet dishes like cakes or fruit pies.

Popularly known as Jeera, is one of the major ingredients of any Indian kitchen, be it a hotel or a home. Without jeera, mutton and chicken dishes like Chicken kadai, chicken bharta, chicken chaap, gongura mutton curry or chettinad mutton curry would not taste appetizing and heavenly. However, cumin is not confined to non-veg recipes only. It goes well versed with items of veg also.

Coriander seeds are popularly known as Dhania. You can also use it in powdered form. It is derived from parsley and mixture of dhaniya in any food makes it easier to digest.  Dhaniya powder goes perfectly with Indian fish recipes and curries. It has a sweet taste with a citrus flavour. The versatility of this powder makes it a chief component of popular Indian dishes. And since it is easier to digest, people prefer coriander in most of the dishes.

It is a combination of cloves, cumin, peppercorns, cardamom, cinnamon and bay leaves. Garam masala is the most popular spice as it comes with a combined flavour and taste of all the mentioned contents. The blending of these conjugated spices in your dish whether it is chicken, mutton, fish or a vegetarian recipe, makes it extremely toothsome, inviting and delish.

Popularly known as Haldi. It not only has a taste and flavour value but also has high medicinal qualities. It has an earthy aroma and is capable to add a rich yellowish tone to any food.

Though the above-mentioned spices top the list of Indian spices, yet few more pure spices are also used in Indian dishes and do successfully add high zest and tanginess. Such spices are :

Even in the market and groceries, you would find Indian spices being sold in combined and packed form for a particular dish by several companies. Manufacturer of spices sells such boxes containing a preserved form of spices in powdered form. In the Indian market, the best manufacturer of spices is Catch spices, Sahibaa spices, MDH spices and the list goes on.